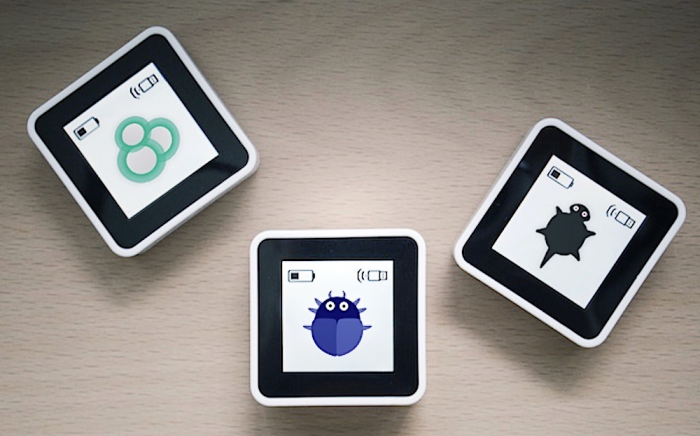 The Tangible Interaction Web was a collaborative project between researchers from the Encore Lab (OISE/UT) and the Synaesthetic Media Lab (Ryerson), which arose out of a series of “Tangible Design Jam” workshops within the Educoder community.

Project background:  A ‘conventional’ food web depicts feeding relationships between organisms. If one species is removed from the food web, other species will either: a) Adapt, by consuming a different food source, or B) their population will decline if they are unable to find a sufficient replacement. In general, the more complex the food web (i.e. the greater the biodiversity), the more robust and resilient an ecosystem will be to perturbations.  However, organisms interact in other ways besides feeding relationships.  Examples of other types of interactions include competition, symbiosis, commensalism, mutualism, and mimicry. The “tangible interaction web” depicts all interaction types for organisms in an ecosystem.

Using active tangibles, students input the species present in their ecosystem and specify the connections between them (e.g. predation, competition, mutualism etc.). When these organisms (i.e. active tangibles) are placed on an interactive tabletop, the table recognizes the different organisms and supports users in making different kinds of connections between them (e.g. using arrows of different colours and thicknesses to represent different interaction types).

Students explore what happens to an ecosystem as organisms are added or removed (e.g. to demonstrate biodiversity and ecosystem resilience). Additionally, students can explore how the relationships between species change as population numbers increase or decrease (e.g. following an environmental perturbation, or the introduction of an invasive species). 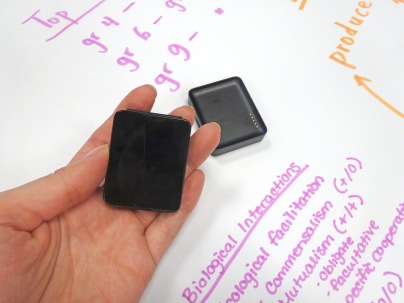 Exploring Apple Watch as an alternative to Sifteo 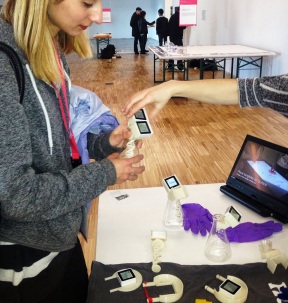